What’s up CDGC Members. This weekend we have some cool things going on. Hopefully you guys and gals can attend a few of this weekend’s events.

Saturday we have the Charlotte Children’s Championship hosted by Steve Lambert. This is a C-tier event. The cost is only $27 for the kids to play and they get a sweet players pack that is worth more than that. Lunch will be provided. This event is at Renske and it starts at 8am. This is a perfect course for the kids to play. Should be a great time. I heard that World Champ Ricky Wysocki is going to be there with his siblings. Perfect time to get an autographed disc if you ask me.

If you’re not a kid or just don’t feel like playing Renske you can take on one of the most challenging courses in Charlotte and play sanctioned singles at Angry Beaver. The cost is just $5 for Am and $10 for Pro. We are also going to have cash CTP’s on a few of the short holes. Sign up starts at 8:30 and tee is shortly after 9.

Also, because of sanctioned singles being held at Elon this week there will be no Chuckers League tomorrow. Hope to see you there as Tom Usselman and I are the ones running this event.
If you don’t feel like getting up that early or want to play again after Angry Beaver you can head to Eastway to play random doubles hosted by Adam Bell and Cliff Locklear starting at 2:30. There has been a decent turnout since they started running this a few weeks back and I for one hope to see it grow into a full-time league with 50 plus players showing up on a weekly basis.

Sunday there will be doubles at Winget again unless another hurricane shows up. This is the perfect league to play if you’re a football fan on Sundays because you get done around 12:15. Which is just in time to go get some lunch and make it home before the game. Draw goes down at 10:15 signup is before that. I’m hoping to be there this week.

If thats too early for you then head on over to Bradford for random draw doubles starting at 11:30. I wish Winget was earlier and Bradford was later so I could make it out to both these events every Sunday. It is a hard choice for me which one to go to every week and I always seem to pick Winget because its a lot closer to my house.

Monday we got Bailey glow starting at 7:45pm. I can’t say enough about the people that play here every week and the fun that is had by all that show up. I drive 45 minutes to play this league almost every week. I know I’ve said it before but its worth saying again, if you’ve never been to this league or you’ve never played glow your missing out. Get out to Bailey and see what all the fuss is about.

PRO TIP OF THE WEEK

Whats that one thing you say? Body motion.

If you think about it your always moving when you’re playing disc golf. When driving, approaching or putting your body is always moving.

The simple tip that I have for you all is simple. Minimize your movements.

What I mean by that is limit how many movements are associated with every aspect of your game. For example, if your putting and your moving legs up and down and your arms back and forth and flipping your disc and bending your elbows and twirling your wrist and squeezing your fingers and then releasing and then rocking back and forth your doing to much.

All of those actions make up your putt.

So in this example you have 13 movements in your putt and you have to get them all in synch in order to be consistent at putting. My advice is to take away as many of those excess movements as possible.

For my putt I stand still while leaning forward and simply move my elbow, wrist and fingers. Thats 3 movements. Therefore its simple math to say that I only have to get my 3 motions in sink in order to be accurate instead of the 13 as in the example.

So try this for all aspects of your game and I’m confident you will get more consistent. Good Luck this weekend and I hope you all have fun.

Thanks again for taking the time to read this article and I hope you enjoyed it.

Coach, Pro Frisbee player, Teacher, and Friend to All 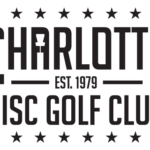 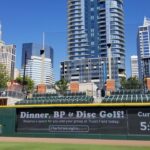