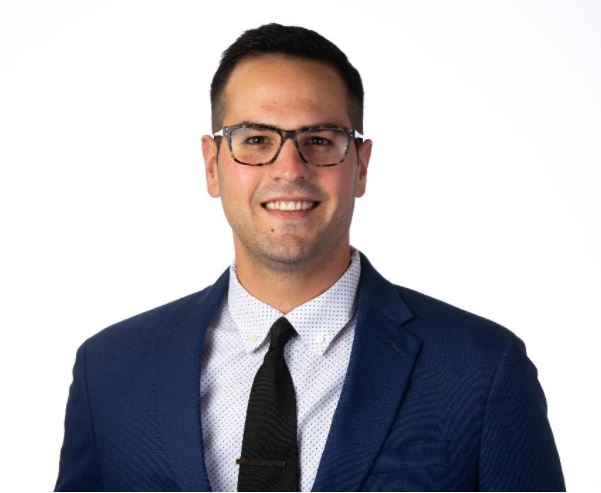 My name is Ethan Elyasian and I have been a Charlotte, NC native for the past 30 years. I was born and raised in the Queen City where I attended all of my grade schooling as well as completed my Undergraduate at UNC Charlotte. Because I went to UNC Charlotte I was given the amazing opportunity to start playing Disc Golf over a Decade ago, as Reedy Creek park was less than 10 mins down the road. What started as just a fun way to get out of the dorms and kick it with some friends out in the beauty of nature transformed into an ultimate passion.

After College I drifted away from the sport as I began working and finding less and less time to get out on the course. Until one day I finally met some Co-workers who were pretty heavy into the sport, which gave me the perfect excuse to immerse myself back into the game that I loved so much. Eventually I met some very close friends outside of Disc Golf at a friend’s birthday party back in 2017. We talked about Disc the entire time and they eventually invited me out to my first ever league. Although I had been playing for nearly 8 years at the time, I had never attended a league or tournament. I can remember my very first time at Sugar Creek League like it was yesterday. I met one of the most influential people (for me) in Disc Golf that Day, Jim Banbury. I played with a bunch of people I had never met and had the most amazing time. From the very first day I knew I wanted to be involved in the CDGC in whatever way they needed me.

Eventually in 2019 myself and great friend, Michael Knepp, were given the opportunity to become Co-Course Directors at Nevin. I would learn just about that same time that 2 very influential people in the CDGC would be moving on and no longer running club doubles, 1 due to moving to NY and the other due to a new work opportunity requiring a lot of travel. Without hesitation I accepted the responsibility to become a Course Director and run CDGC Doubles every Tuesday moving forward and I am so glad that I did. Later in that year I would lose my job at an establishment I put 7 years into and thought I would eventually retire from. At that time I began helping miscellaneously at other courses here and there, built a new hole or two and attended many workdays that were not my own. But that wasn’t enough, it was the only thing I could do to get my mind right and keep my head on my shoulders. I would eventually accept responsibility as the Course Director for the home of the DGPT Finale, Hornets Nest! Along with also starting to help out with Signage as the Signage Director as the previous one needed to pull away. Additionally during that time I presented to the board the possibility of running a Friday Lunchtime Singles League so that people who worked 2nd/3rd shifts or had the day off could come play a league as many of the others at that time were right at 4/5PM (after the typical 8-4/9-5) and there were not many leagues going on at the time. And so began the Lunch League. I would ultimately like to thank the CDGC for allowing me to wear so many different hats and help in the capacity that I did because it was an extremely hard and depressing time, but fortunately I had Family/Friends and Disc Golf to keep me going.

Flash forward a couple years. I’m still running Club Doubles, I have been Course Director/Marshall for 2 DGPT Championships, Signage Director when I have the time and filler TD/League Director to anyone in our club whenever needed. I have been and am still willing to bend over backwards to help the club in whatever ways I am able. I wish I could quantify the amount of hours that I have spent doing something for the club, with no benefit to myself other than the feeling that comes with knowing you accomplished something that everyone will be able to enjoy, but it really doesn’t matter because there is so much more to be done. I would love nothing more than to have an opportunity to be on the CDGC Board to help orchestrate and balance all of this tremendous growth.